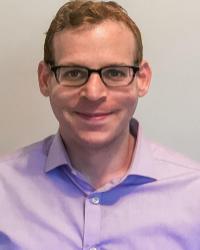 Asher Smith is litigation manager for the People for the Ethical Treatment of Animals (PETA) Foundation. He recently won a historic Endangered Species Act victory against a big-cat exhibitor who appeared on Netflix's docuseries Tiger King, setting the precedent that declawing, cub-petting, and separation of big-cat cubs from their mothers are against the law. He also recently defeated a motion to dismiss a false-advertising lawsuit against a free-range egg company, winning a first of its kind precedent images of hens frolicking outdoors on egg cartons are actionable. Before coming to the PETA Foundation, Smith practiced commercial litigation at Paul, Weiss, Rifkind, Wharton & Garrison LLP in New York City, where he also handled pro bono cases on behalf of same-sex couples seeking to vindicate their constitutional rights and public housing tenants, among other clients. He graduated from Yale Law School.