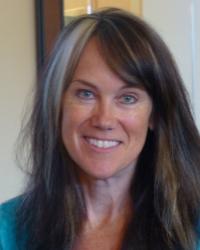 As the eighth of twelve children, Cate was dropped into the deep end of the people pool, where she began developing her keen observations of humanity.

After 40 years in the work desert, doing things like pounding glass in a recycling facility, teaching French, and owning both a multi-million-dollar medical company and a super-fun flight school (simultaneously!), she settled down to writing about the important stuff: empowering people to step into their best lives.

Her first book, Silent Sky, (by Cate Mighell, 2013) is a legal-lite mystery featuring a fearless attorney in the beginning stages of being a female Jane Bond. Although readers are begging for the sequel, she detoured to write Soul Primer, Building Blocks of the Soul (2020), a best-selling Amazon release, to help our world evolve, as it so needs to do for survival.

Cate enjoys her three large sons, singing in an all-girl ukulele band, memories of flying aerobatics in an Alpha Jet, and banging on her Shamanic drum. She is currently working on Soul Primer II from her waterfront sanctuary in the Pacific Northwest.