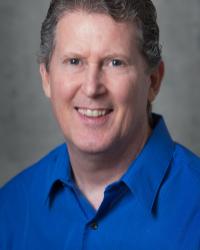 Joseph Selbie enjoys making the complex and obscure simple and clear. He is the author of Break Through the Limits of the Brain, how neuroscience supports spiritual experience, The Physics of God, a unification of science and religion, and The Yugas, a factual look at India’s tradition of cyclical history. He is known for creating bridges of understanding between the modern evidenced-based discoveries of science and the timeless experience-based discoveries of the mystics. A dedicated Kriya yoga meditator for nearly fifty years, he has taught yoga, meditation, and universal experiential spirituality throughout the US and Europe.

In 1975 Joseph became a founding member of Ananda, a spiritual community and movement inspired by the teachings of Paramhansa Yogananda, author of Autobiography of a Yogi. His role as teacher and minister, and decades of study under Swami Kriyananda, a direct disciple of Yogananda, gave him a deep dive into Eastern philosophy, meditation, and comparative religion. Joseph is also a critical thinker grounded in science having studied physics, chemistry, and microbiology at the University of Colorado.  His presentations, classes, articles, and books have always blended science and spirituality.

Now retired, Joseph was a founder and the CEO of Tristream, an early pioneer in experience design for the web. He collaborated with Jakob Nielsen, the thought leader in experience design, to write Best Team Practices for Web Application Design and spoke at many Nielsen-Norman Group conferences in the United States and Europe. Tristream clients included Cisco, Logitech, Ariba/SAP, Manpower, Tektronix, and Wells Fargo.