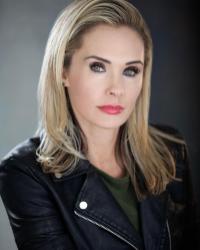 Born and raised in Buffalo, New York, Nicole enlisted in the US Air Force upon graduation from high school. Nicole was assigned to Air Force Security Forces which enabled her to become proficient in combat arms, self defense and law enforcement tactics. Her deployment to Saudi Arabia at Prince Sultan AFB awarded her numerous Air Force Medals and Achievements. Upon completion of the Air Force, Nicole chose Las Vegas Nevada as her permanent residence. Nicole has always had the drive to help others and make the community better, therefore she has held the position of Law Enforcement Officer in North Las Vegas and United States Postal Worker in Las Vegas Nevada. Nicole's true passion is volunteering in the community and bringing people together. Her drive keeps her focused on networking and connecting others where needed within the community in the Las Vegas Area. Organizations include, Project For Humanity, Henderson NV Veterans Mentorship Program, Spirit Therapies , Shade Tree, The Just One Project, Three Square Meals, Burn Foundation, Toys for Tots, Vietnamese American Lions Club, and food distributions to the homeless to name a few. In addition she served as Vice President of the PTA and put together the largest and most successful Fall Festival in the school's history. Nicole has also helped pave the way to walking trails in the Northwest Las Vegas Area. Her selflessness in serving others and natural beauty has caught the eye of many producers and directors in the Las Vegas area. This has guided her to take a direction in acting where she can connect with more people which is her true passion of gathering others in her pursuit of giving back to the community. Love/Light/World