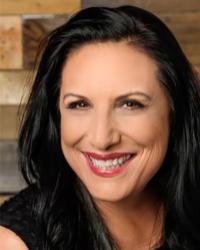 Jan Edwards spent more than 25 years as an executive in sales and marketing working with organizations like Time Warner, Bright House, the United Nations, and other international groups, before being invited on a mission to Ethiopia to help orphaned and endangered children. It was seeing two young girls being shepherded by two older men, that she was introduced to modern-day slavery. She came home and began educating herself on the extent of what was transpiring in her own country. Jan was moved to action, knowing her professional skills could be applied as a leader, and educator to protect children, and end child sex trafficking. Jan has been featured in Huffington Post, Marie Claire UK, NBC, and iHeart Radio as an expert in prevention. Jan was awarded Humanitarian of the Year and Community Impact Leader of the Year. Trapped in the Trade was also featured on CNN.

Paving the Way, which has directly reached more than 16,000 children and parents in the past four years, launched Lights on for Children, a one-day annual awareness campaign that asks families to install a blue light bulb on their porchlight to raise awareness and shine a light in the dark of this heinous crime.

For many years, Jan fought the myths that trafficking was an “over there’ issue. She is a force to be reckoned with regarding the urgency of this topic. However, with the recent headline revelations focused on Jeffrey Epstein, Ghislaine Maxwell, and R. Kelly there is a renewed eagerness to welcome Jan and Paving the Way to deliver this vital message to schools, churches, and youth-based organizations.