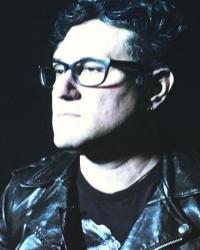 Mitch Horowitz is a historian of alternative spirituality and one of today’s most literate voices of esoterica, mysticism, and the occult. He is among the few occult writers whose work touches the bases of academic scholarship, national journalism, and subculture cred. Mitch is a writer-in-residence at the New York Public Library and a PEN Award-winning historian whose books include Occult America; The Miracle Club; Daydream Believer; and Uncertain Places. The Washington Post says Mitch “treats esoteric ideas and movements with an even-handed intellectual studiousness that is too often lost in today’s raised-voice discussions.” He has discussed alternative spirituality across the national media and collaborated with Emmy-nominated director Ronni Thomas on the feature documentary The Kybalion, shot on location in Egypt. Mitch’s books have appeared in Arabic, Korean, Portuguese, Italian, Spanish, French, and Chinese. He received the Walden Award for Interfaith/Intercultural Understanding. The Chinese government has censored his work.